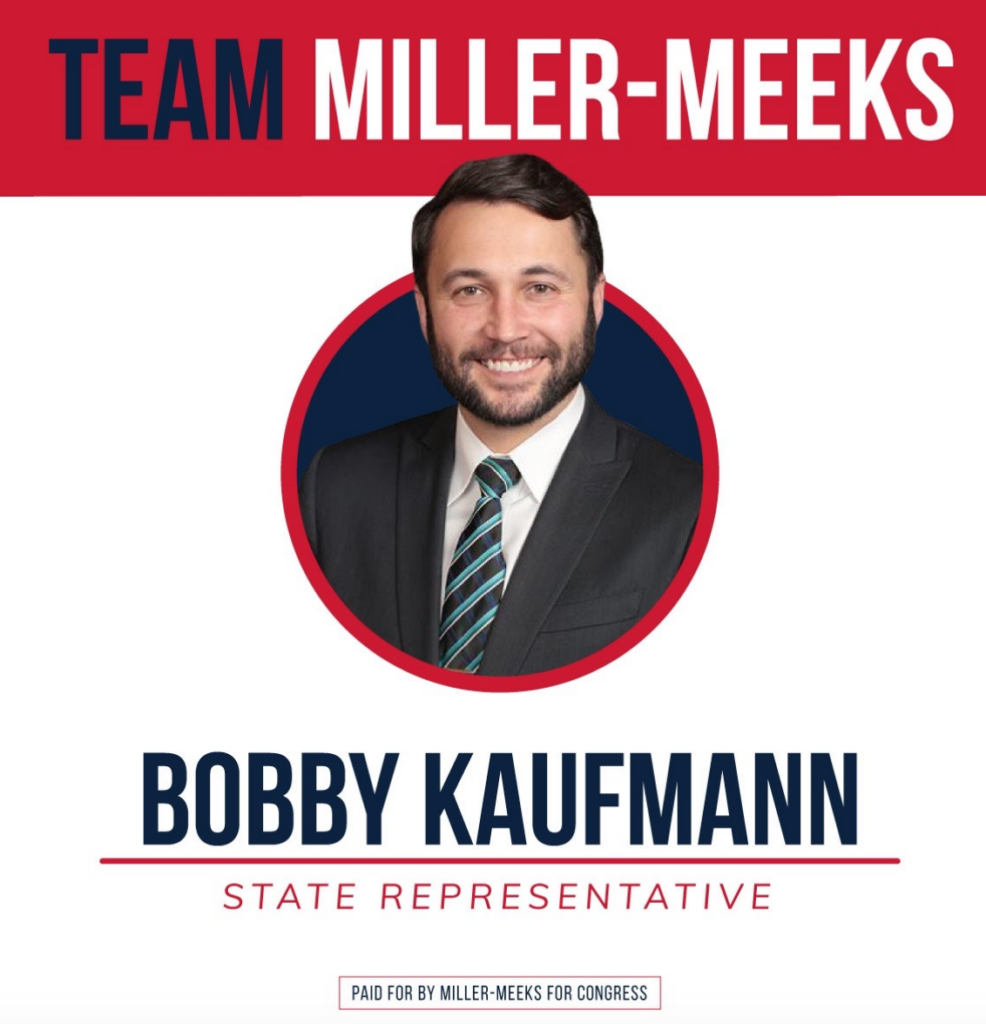 OTTUMWA – State Rep. Bobby Kaufmann announced his endorsement for Mariannette Miller-Meeks’ bid for Iowa’s open 2nd Congressional District seat, which is expected to be one of the most competitive races in the country.

“We have a rare opportunity to flip this open seat and retake the majority in the US House. We need a candidate who can win this, who has the resources to win it and has the work ethic to win it. Mariannette provides us that opportunity and that is why I’m proud to be supporting her campaign for US Congress,” said Kaufmann, the Wilton Republican who chairs the House State Government Committee. “I’ve known Mariannette for over a decade. I’ve seen her as a candidate, a doctor, a veteran and now, a state senator. And throughout that decade, this is what impresses me the most about her: she does not quit on her fellow Iowans.”

Kaufmann, a recognized champion of conservative causes, noted that Iowans have felt the effects of natural disasters, trade wars, the closing of manufacturing plants and other challenges.

He added, “While liberal politicians in Washington have forgotten about us, I know Mariannette will get to Congress and never quit fighting for healthcare reform, fair trade deals and an economy that lifts up all Iowans.”

Miller-Meeks said the Kaufmann endorsement “holds a special place in my heart.”

“I’ve known Bobby since he was a young man and I’ve had the joy of watching him grow and turn into a leader in the legislature. To have his support and confidence in this race is priceless to me,” she said. “Bobby is a man who knows exactly who he is, what he believes in and fights tirelessly for it. Bobby is known for his bipartisan work but never compromising his conservative principles. I’ll take that same approach to Washington and never quit fighting for the people of Iowa.”