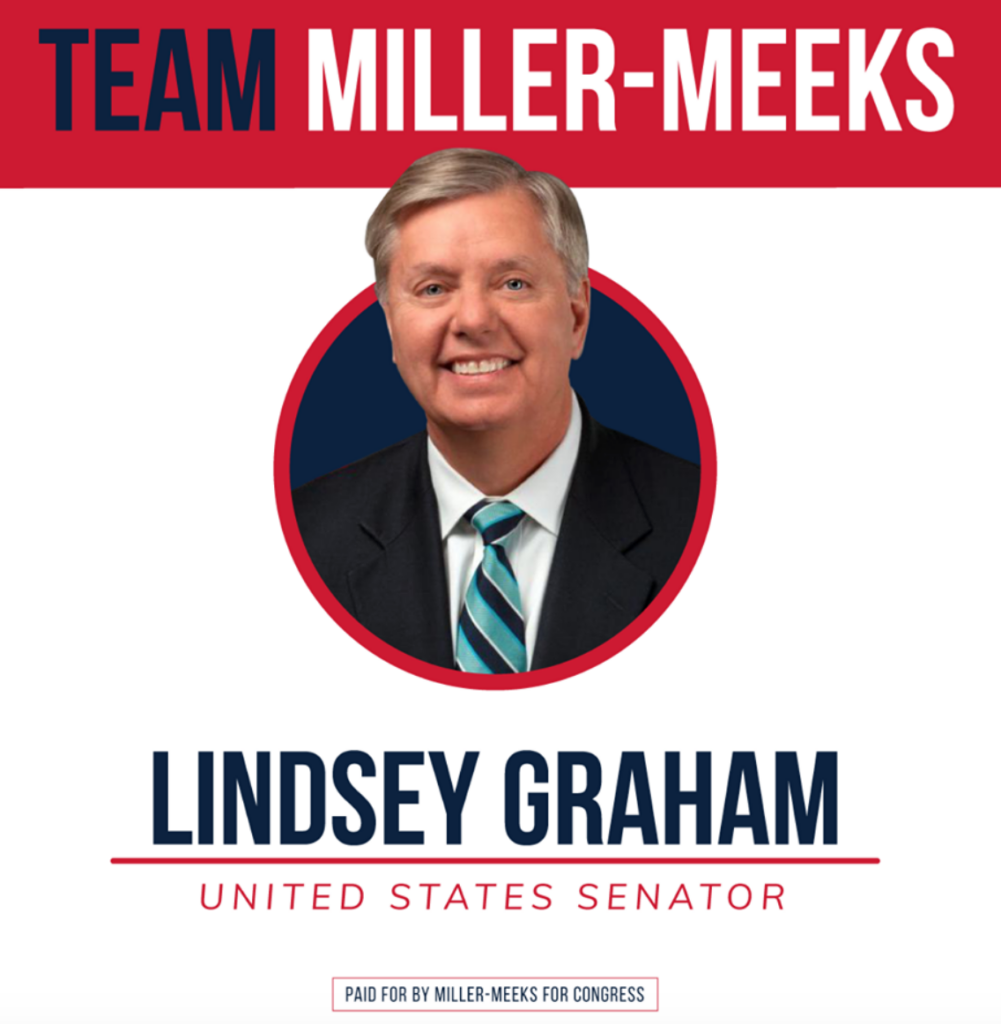 “Mariannette Miller-Meeks’ track record during her time in the Iowa Senate proves that she is ready, willing, and able to fight for the conservative values that make America great,” said Graham. “Under President Trump, our economy is booming, terrorist organizations are being eliminated, our border is being secured, and our trade deals are being improved. Now, more than ever, it is important that we send leaders like Dr. Miller-Meeks to Congress to keep our country moving in the right direction.”

“Mariannette’s service to our country as an Army nurse, career as an ophthalmologist, and time in the Iowa Senate provides her a wealth of knowledge that will help her in Congress,” Graham continued. “She embodies the work ethic, integrity, leadership, and fighting spirit of a conservative who will do a great job representing hard-working Iowans in Congress.”

Graham was elected to the U.S. Senate in 2003, where he currently serves as Chairman of the Senate Judiciary Committee. He served in the U.S Air Force and Air Force Reserves as a defense attorney and prosecutor for 33 years. He retired at the rank of colonel in 2015.

“Senator Graham has a long history of tackling tough issues that matter to the American people,” Miller-Meeks said. “I am humbled to receive Senator Graham’s endorsement because he has played such an important role reshaping our courts, standing up for our Armed Forces, and supporting our veterans. I look forward to working with him to grow our economy, protect innocent life, make our trade deals fair for Iowans, and hold our government bureaucrats accountable.”