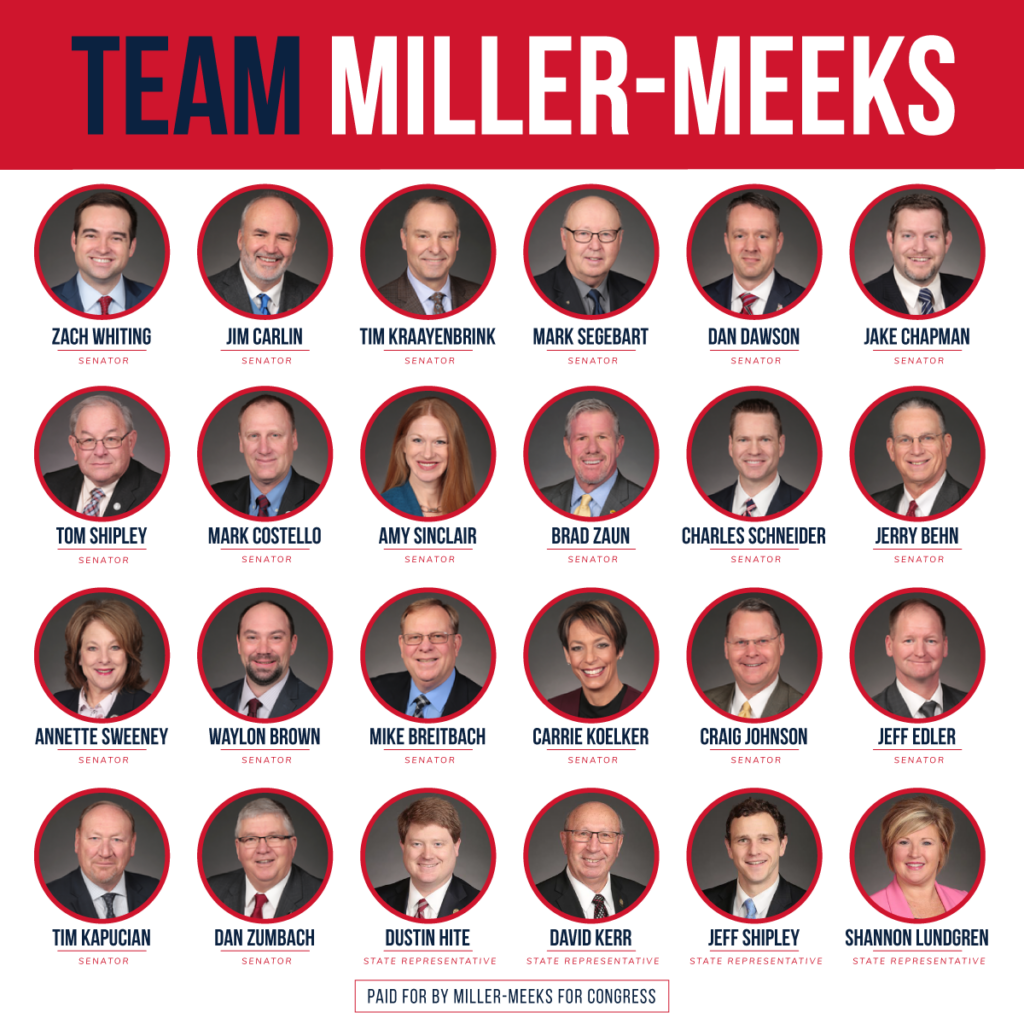 “It’s truly humbling to receive this overwhelming support from my colleagues in the Senate and House,” said Miller-Meeks, an Ottumwa Republican. “In the legislature, we have cut taxes, reformed the judicial nominating system and held our government bureaucrats accountable. We have never quit fighting for the state we call home and I’ll take that same attitude to Washington DC.”

“We’re proud to support Mariannette for Congress because we know Mariannette,” said Senate President Charles Schneider. “We’ve seen her work ethic; we’ve seen her commitment to serving Iowans and we’ve witnessed her ‘never quit’ attitude up close. Iowans across the 2nd District have an opportunity to flip this seat and send a conservative voice to Congress. My colleagues and I have no doubt that Mariannette is the best person to do it.”