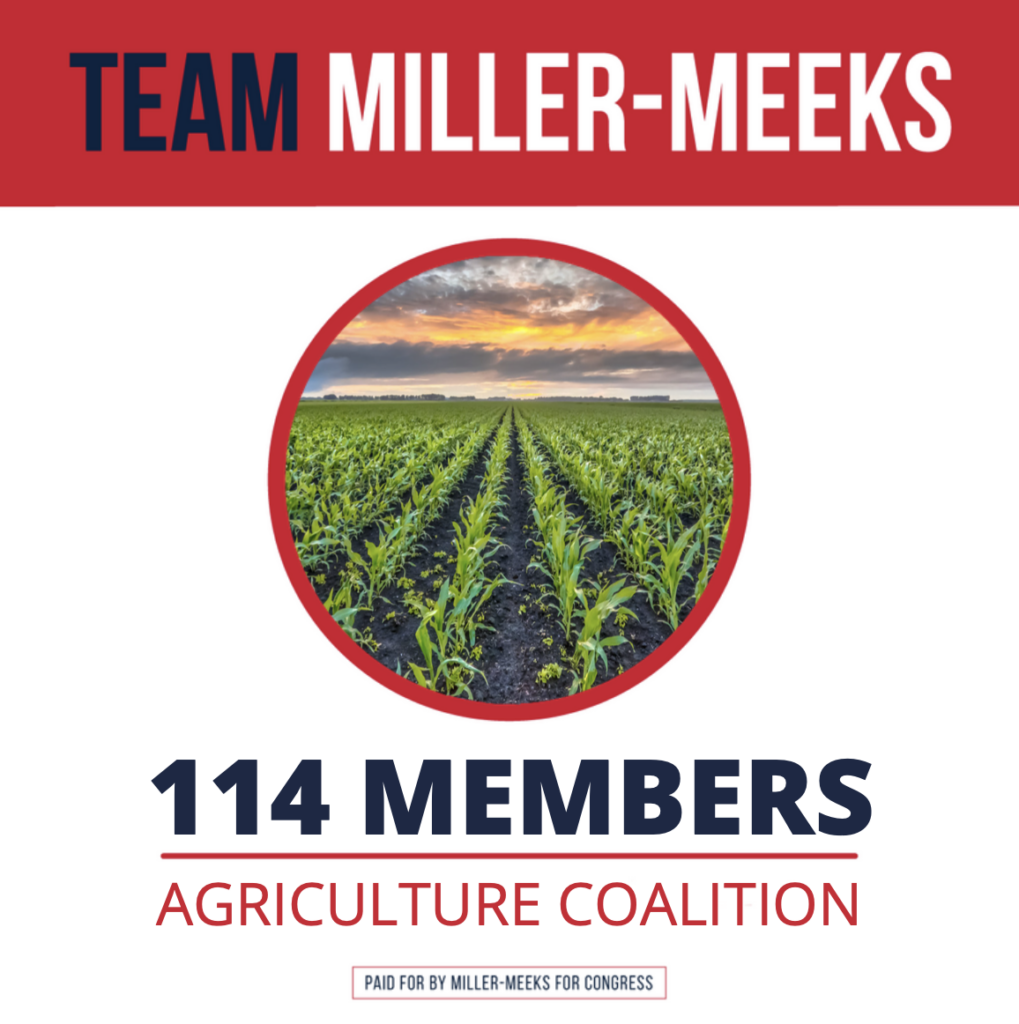 DAVENPORT – A coalition of 114 farm leaders representing all 24 counties and various sectors of agriculture and agribusiness in Iowa’s 2nd Congressional District today announced their support for Republican candidate Mariannette Miller-Meeks.

The deep level of support comes on the heels of Democratic candidate Rita Hart’s announcement that she supports U.S. Sen. Cory Booker’s proposed federal legislation to limit livestock production, which agricultural leaders warn could force thousands of Iowa farmers off their land and prevent the next generation of farmers from ever getting started.

“With ongoing disruption in our supply chain, Iowa’s agriculture sector in the 2nd district needs a champion in Congress now more than ever before. I know Mariannette Miller-Meeks will be that tireless champion because she is uniquely qualified for the times. As a doctor, public health official and lieutenant colonel, Iowa farmers and producers can count on Mariannette to go to bat for biofuels, fair and free trade, and our rural economy,” Naig said. “I am honored to accept the role as chairman of the Miller-Meeks Agriculture Coalition.”

“I am honored to receive the endorsement of over 100 agriculture leaders across all 24 counties in the district because their very livelihoods depend on federal policies that recognize, encourage and support their value to the U.S. economy and the world’s well being,” Miller-Meeks said. “Our agriculture industry in southeast Iowa has been given inadequate representation in Congress for far too long.  In Congress I will fight every day for policies that build up Iowa agriculture instead of shutting it down. Iowa farmers need a champion in Congress; not a bureaucrat lecturing them.”

Miller-Meeks is an ophthalmologist and a 24-year U.S. Army veteran who represents Iowa Senate District 41, which includes Davis, Jefferson, Van Buren and Wapello counties. She is seeking the seat vacated by Rep. Dave Loebsack, a seven-term Democratic congressman. After 14 years of Democrat control, Iowa’s 2nd district is now rated as a “toss-up,” according to national political forecasters. Of the 32 congressional districts won by Trump and held by Democrats, Iowa’s 2nd District is the only open seat.