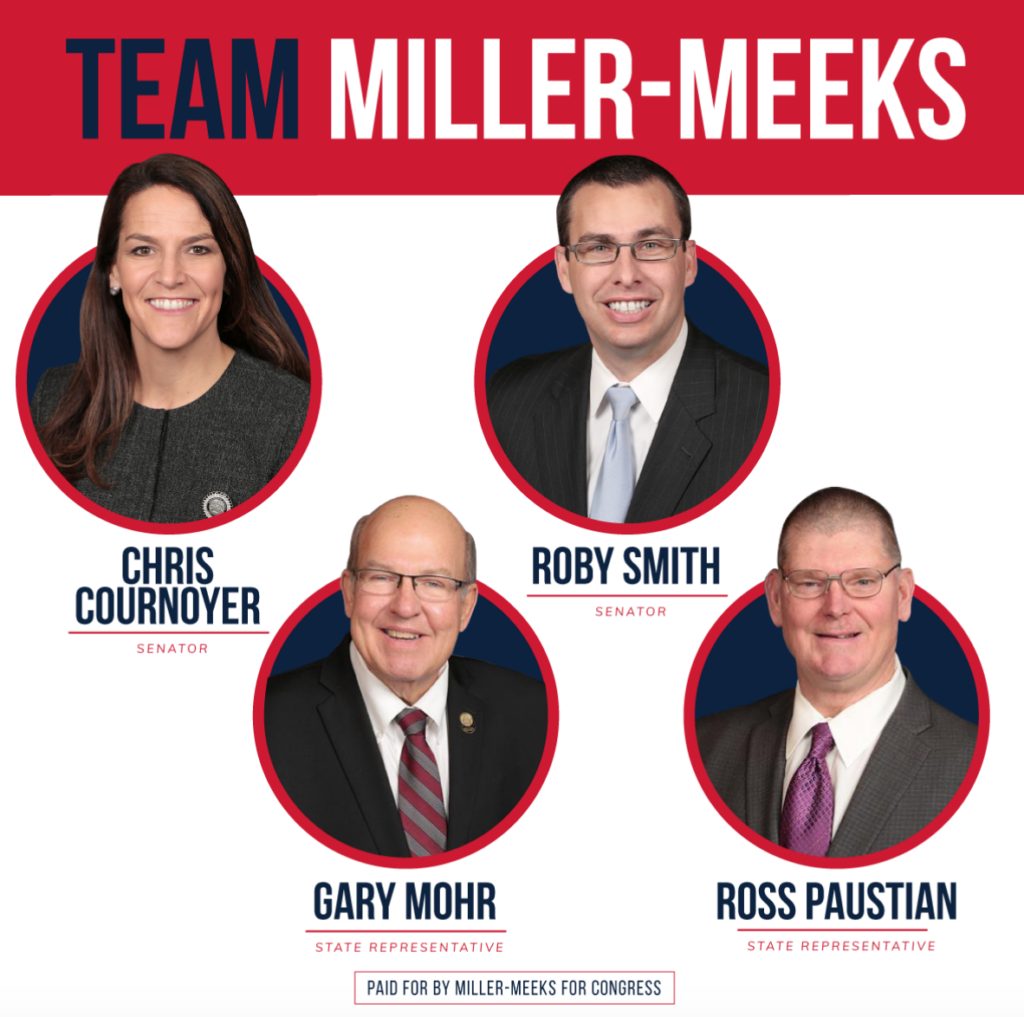 “I’m proud to stand with Secretary of Agriculture Mike Naig and other leaders in Iowa agriculture by supporting Mariannette Miller-Meeks for U.S. Congress,” said Paustian, a Walcott pork producer. “The Iowa farmer is resilient and optimistic but far too often Washington politicians look down on rural Iowans and their way of life. We can count on Mariannette to never quit fighting for the Iowa farmer and making sure their voice is heard loud and clear in Congress.”

Paustian said Miller-Meeks demonstrated her commitment to Iowa agriculture during her time as a state senator by supporting legislation that is in the best interests of Iowa farmers and agribusiness, including the expansion of the beginning farmer tax credit and legalization of the “ag-gag” law.

“In a time where Washington politicians are distracted by impeachment hearings and scoring political points, the people of the 2nd district are yearning for a conservative voice in Congress,” said Mohr. “Mariannette Miller-Meeks is the conservative voice we need. As a veteran and doctor, Mariannette has spent her entire life being trusted by others to do the right thing. I know we can trust her to never quit fighting for our conservative principles in Washington.”

Smith chairs the Senate State Government Committee that includes Miller-Meeks and Cournoyer. They sponsored a joint resolution proposing an amendment to the Iowa Constitution that states it does not grant the right to an abortion or require public funding for abortion.

“I’ve had the joy of serving with Mariannette in the Senate,” said Smith, a Davenport small business owner. “Up close, I’ve seen her commitment to serving her constituents and fighting for what’s right. I’m supporting Mariannette because I want someone who will take that governing approach to Washington and do what’s right.”

“I know what it’s like to take on Rita Hart and win in her back yard,” Cournoyer said. “I know what it will take to win in the 2nd district and that’s why I’m enthusiastically supporting my colleague and my friend, Mariannette Miller-Meeks. She has the resources, the support and most importantly, the values it will take to win in November. I look forward to joining her on the campaign trail.”

Miller-Meeks said, “I’ve had the pleasure of serving with Chris, Gary, Ross and Roby in the legislature. Together we have passed legislation to tackle rising prescription drug cost, increased spending for K-12 education and has boosted an already thriving Iowa economy. Their endorsements will add to the momentum our campaign has received and we’ll take that momentum into the general election.”